Bleau’s globes were constructed in pairs, one terrestrial and the other celestial. From 1599 to 1683, five editions had been until 1683, the year of the death of the author.

During this second expedition, Cornelius is killed, and Frederick is imprisoned by the Sultan of Aceh in North Sumatra. During his imprisonment, he studied the Malay language and published a dictionary and grammar of the language.

The astronomical observations of the Malaysian captivity period became an integral part of Keyser’s observations from the first expedition.

The discoveries of Keyer and Houtman, together with the astronomical observations of Johann Bayer (writer of celestial Atlantean 'Uranometria' of 1603), are the foundation of the editions of most globes. They are printed publications from 1597 and 1598 by Petrus Plancius. From 1603, all of the following globes are in the particular manner of that publication by Bleau. In 1619 Houtman participated in the expedition during which the Australian coast was sighted near the present city of Perth.

The celestial globe appeared in a terrible conservation condition among the number of regards to the structure's support (wood, paper-mâché, plaster, printed and watercolored paper and finally painted).

A series of real cracks and raised wood is noticeable, in fact, on the entire surface and, in particular, in the zone next to the pin that represents the big bear. These damages were due to the terrible state of conservation and the extensive restoration work carried out in previous years with material that is certainly not suitable for the type of support.

The previous interventions, at least two, had created abnormal pressures and strains, which created injuries and lifts on the surface, both horizontally and vertically.

It was necessary to analyze the solidity of the structure and, at the same time, to restore the legibility of the work.

The surface of the printed paper appeared yellowed and not very legible due to the oxidation of the varnish. There were also gaps on the entire surface due to destroyed portions of the engraved paper.

The horizontal ring, also in wood, recovered the engraved paper. It appeared cutaway in a few places, and the engraved paper was very ruined and abraded. The paper was cut away during one of the previous restorations and lined with dusting paper. The reapplication then took place on the wooden ring.

No trace of varnishing was found on the horizon. The globe was disassembled from its wooden and ivory frame. The base was delivered to the Painting Restoration Laboratory, the Wood Restoration Section, for restoration work.

After being analyzed by the Diagnostic and Conservation Laboratory, the globe underwent the following restoration operations. It should be noted that to fill the grouting and to accompany the leveling, a recently introduced and rare technique in Italy was used (cellular micro in Klucell glue in 2% alcohol). The following operations took place:

The pastels, of different quality and softness, were produced specifically for this work by Maestro Marco Innocenzi of the Painting Restoration Laboratory.

The globe, once restored, has been reassembled on its original support. It will soon be placed on permanent display in the Sala Paolina, protected by a glass case equipped with light filters. 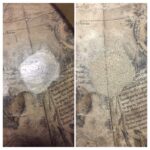 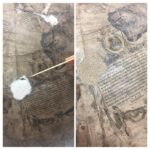 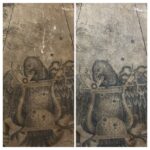 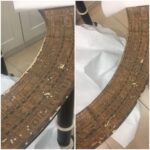 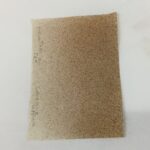 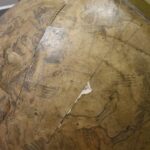 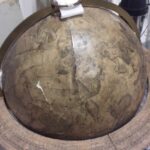 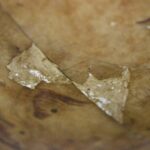 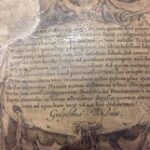 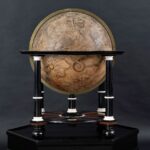 Your ticket for the: Celestial Bleau Globe